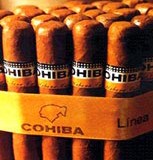 Cubatabaco Will Appeal Decision of U.S. Court of Appeals on COHIBA

The Cuban cigar company Cubatabaco announced today that it will appeal the February 24, 2004 decision of the United States Court of Appeals in New York reversing the U.S. District Court judgment that had awarded the U.S. rights to COHIBA to Cubatabaco.

Cubatabaco noted that it will seek vindication of its rights under the Paris Convention, an international trademark treaty to which the United States and Cuba are parties. The Court of Appeals held that the U.S. embargo laws deprived Cubatabaco of the rights to the COHIBA mark under Article 6bis of the Paris Convention, which guarantees the nationals of all treaty countries protection of their trademarks under the well-known marks doctrine.