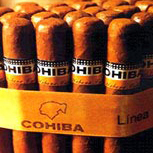 A federal judge has ruled in favor of Cubatabaco, the Cuban cigar company, in a trademark dispute over the US rights to Cohiba, the cigar brand that obtained international fame as the favorite of Cuban President Fidel Castro.

In New York, the judge Robert W. Sweet Jr., of the United States District Court, held that Cuba’s Cubatabaco, not General Cigar, a US cigar company, is entitled to market cigars in the United States under the Cohiba name. In a 142 page decision released yesterday, Judge Sweet recognized the Cuban Cohiba as a “well-known” mark entitled to special international protection.

Judge Sweet held that Cubatabaco was entitled to an injunction prohibiting General Cigar from continuing to sell cigars under the COHIBA. He also ordered cancellation of General Cigar’s registration of the trademark. In its opinion, the Court concluded that the trial to quantify the monetary relief to which Cubatabaco is entitled is warranted in the future.

Under Judge Sweet’s ruling, the Cuban company will be able to export its COHIBA cigars to the United States once the US embargo on trade with Cuba ends. Cuba’s COHIBA, considered the flagship amongst Cuban cigars, is sold throughout the rest of the world.

General Cigar, a leading US cigar company, registered COHIBA in the US in 1978 upon learning that it was the name of the Cuban President’s favorite cigar. After a few years of desultory sales in the mid-1980’s, General Cigar abandoned any use of the trademark for nearly five years until late 1992.
Then, in a turn of events considered critical by Judge Sweet, General Cigar “made a decision to adopt the name “Cohiba” for a new super-premium product” after Cigar Aficionado, the leading US cigar publication, praised Cohiba in its September 1992 premier issue. Judge Sweet ruled that “General Cigar made the decision in part to capitalize on the success of the Cuban COHIBA brand and specially the good ratings and the notoriety that it had received in Cigar Aficionado”.
Judge Sweet held that the Cuban company had a legally protectable right to COHIBA because the Cuban brand was “well known” among US premium cigar smokers before General Cigar resumed its use of the COHIBA mark in late 1992. He also found that an injunction against General Cigar’s use of the COHIBA name was necessary to protect the consumer against confusion between the Cuban COHIBA and the General Cigar COHIBA.

“Judge Sweet’s decision is one of the first US decisions to apply the “international ‘well-known’ marks doctrine for the determination of trademark rights”, said Adargelio Garrido, General Counsel of Corporación Habanos, S. A., which provides legal services to Cubatabaco. “The Cuban courts have applied the well-known marks doctrine in favor of US companies, and now the US courts have extended reciprocal protection”, Garrido continued.

Michael Krinsky and David Goldstein, of the New York firm of Rabinowitz, Boudin, Standard, Krinsky and Liebermann, P. C. were counsel for Cubatabaco. Kevin Walsh and Steven J. Young, of Winston&Strawn were co-counsel.