The specialized magazine European Cigar Cult Journal presented the 2009 Cigar Trophies in the city of Dortmund (Germany) last September 18th. The Inter-tabac trade fair in Dortmund was the location for the ceremony of the event, regarded as the most important in the cigar business in Europe. Prizes have been awarded since 1998 to companies and products that make a contribution to the cigar world.

Habanos, S.A. was awarded in the following categories:

The “Best Brand” award went to the Bolívar brand. 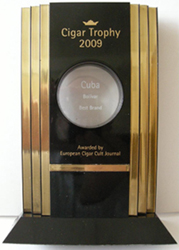 In the “Best Cigar” category, the choice fell on  from the 2008 Limited Edition. 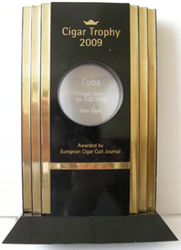 The Cigar Trophies were given to Manuel García, Commercial Vicepresident of Habanos, S.A. and Antonio de Dios, Habanos representative in Germany. 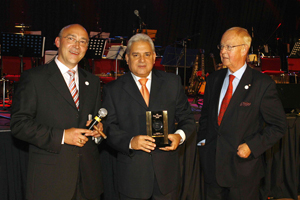 The Cigar Trophies consists of metal statuettes in a shape recalling an oversized cigar cutter. They were awarded by the founder of the European Cigar Cult Journal, Dr. Helmut Romé and its editor in chief Reinhold C. Widmayer in the setting of Inter-tabac, the most important trade fair for the smoking culture in Europe.

Also the Cigar Clan Magazine from Russia bestowed an award to  as “the best launching in 2009”. 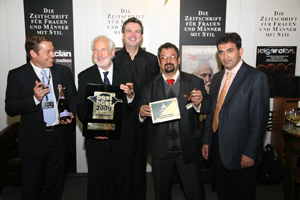 The specialized journal Tabak Zeitung aimed at the Tobacco industry, wholesalers and retailers awarded the Montecristo Open Line as the “most important launching in 2009 in the Tobacco category”