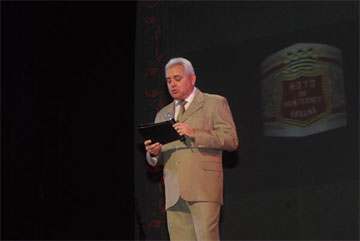 Havana, February 25, 2008 – Habanos S.A., the leading international company in the premium cigars market, announced today at the X Habanos’ Festival, the upcoming launching of the main products for 2008: Hoyo de Monterrey Epicure Especial and H.Upmann Mágnum 50. These 2 products will be presented during the Welcome Night, the event that marks the official Opening of the Habanos’ Festival, that celebrates its tenth anniversary this year. 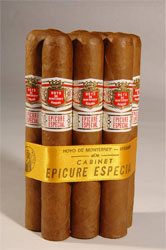 Epicure Especial is a Habano of excellent sizes (50 x 141), in line with the preferences of today’s smokers. This Habano presents a characteristic softness and intense flavor, and soon turned into a class of its own after its presentation in 2004 as a Limited Edition.

Habanos lovers will recognize this new product not only for its size, but for its second ring along with the Hoyo de Monterrey ring. Its tube presentation will be also different. The top range tube of the brand will be launched this year together with the rest of the brand’s tubes.

Epicure Especial is the flagship of the Epicure Line, which includes the Epicure No.1 and No.2 with the same characteristics that have made these sizes the leading products of the brand. The communication codes will also be common, since they will all have the same second ring with the name of each commercial size printed on it. 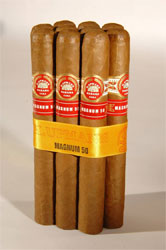 The second launching of the year is the H.Upmann Mágnum 50, which achieved a great success in 2005 as a Limited Edition. This Habano will become the benchmark size of the brand, thanks to its elegant proportions (50 x 161) and its extraordinary blend, giving it a unique aroma and flavor.

The careful presentation of Magnum 50 will cope with the standards of excellence of the product. It will not only bear the brand’s ring, but also a red second ring with the commercial name printed on it. This size will be launched also in a new image top standard tube, along with the rest of the tubes of the brand.

The new Magnum Line, which includes the Mágnum 50 and the legendary Mágnum 46, will include all the attributes of the H. Upmann brand, placing it high among the preferences of the most demanding Habanos lovers.

The Habanos, a luxury product

In 2007, the Group Habanos recorded around 400 million dollars in turnover. The launchings of the new Epicure and Mágnum lines illustrate its decision to continue marketing Habanos as luxury products.

Despite the anti-smoking campaigns and smoking restrictions, the notoriety of the Habanos has not decreased; on the contrary, its perception as a gourmet product for the enjoyment of good smoke lovers has been enhanced.

Habanos’ smokers have appreciated the handmade qualities that Habanos S.A. gives to its brands, always aiming to Excellence. According to Habanos s.a. Commercial Vicepresident, Manuel García, this is the reason why Habanos S.A. has increased its market share to 85%, reinforcing its position as a world leader in the Premium cigars segment.

Mr. García also mentioned the consolidation of Habanos S.A. as an elite seal, with presence in more than 150 countries, more than 130 Casas del Habano distributed throughout the world, which means 17% grown compared to 2006.

Europe accounts for 64% of the turnover, and continues to be the main market for the sales of Habanos S.A. The company operates in the American continent (excluding USA), with a 16% share of the business; Middle East and Africa, with 13%, and Asia-Pacific with 7%. The markets that have grown the most in 2007 are: Asia Pacific (China and India), Latin America (Brazil) and Eastern Europe (Russia).

Concerning the Special Series 2008, only for La Casa del Habano network, the company will launch a replica of an ancient Romeo y Julieta humidor from the early 20th century. Only 250 replicas of this humidor will be sold, each containing 50 “Romeos” (size 53 x 153 mm), manufactured exclusively for this Special Series 2008.

For Habanos exclusivities’ lovers, it will be launched the Volume VII of the Habanos Collection, dedicated to Cohiba brand, which contains 20 Sublimes Extra (size 54 x 184 mm), a size manufactured especially for this Collection. Only 700 cases of Cohiba Habanos Collection will be produced.

Habanos S.A. has also presented the launching of its new image tubes, in line with the top of range image of the brands, to satisfy its customers’ demand. The Partagás Series – Serie D No. 4 and Serie P. No. 2 – , the Bolívar Royal Coronas and the Punch Punch. The Cohiba Siglo I in tube will be launched to complete the tubes line of the brand.