Havana, 22 February 2010 – As part of the XII Habanos Festival in Cuba, Habanos, S.A., leader and international benchmark in the premium tobacco market, has this morning announced the company’s most important launches for 2010: Cohiba Behike, a new line that will set a new standard among smokers worldwide for its exclusive limited production, and two new vitolas as part of the Romeo y Julieta brand, namely Julieta and Wide Churchills.

The Cohiba Behike line, which can be enjoyed for the first time at the Gala Evening on 26 February, is without doubt one of the greatest novelties at the XII Habanos Festival. It will be produced in very limited quantities every year at the exclusive El Laguito factory, and the rolling process, using tobacco leaves selected from the finest plantations in San Juan y Martínez and San Luis, will incorporate the  for the first time – a very rare leaf which offers exceptional character and taste. 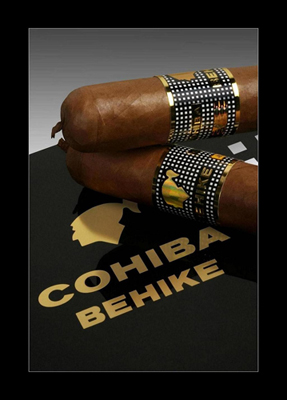 The natural scarcity of the, taken from the upper leaves of sun-grown tobacco plants, and which not all plants produce, makes Cohiba Behike a limited available product which will be somewhat inaccessible for lovers of Habanos.

Each of these cigar-bands is presented in an exclusive lacquered box of 10, and for the first time the Behike band incorporates two security holograms.

The Festival’s second launch will be Wide Churchills, a new vitola from the Romeo y Julieta range, which will be enjoyed on the Welcome Evening. 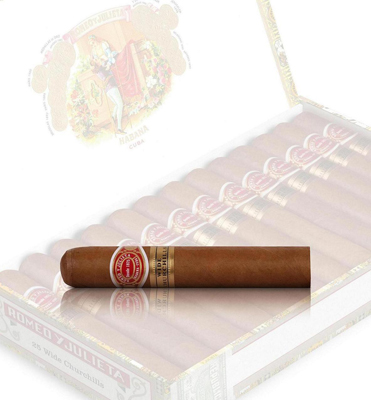 Julieta is the last major launch that Habanos S.A. will present during this Festival, and also forms part of the Romeo y Julieta brand. Specially designed for ladies, Julieta seeks their complicity in a sphere traditionally associated with men.

Made with tobaccos from Vuelta Abajo, Julieta is a slender, medium length aromatic cigar (33 band gauge x 120mm), with the characteristics of a Habano that can be enjoyed in a short amount of time. It is presented in an exclusive pack designed specially for this new Habano. 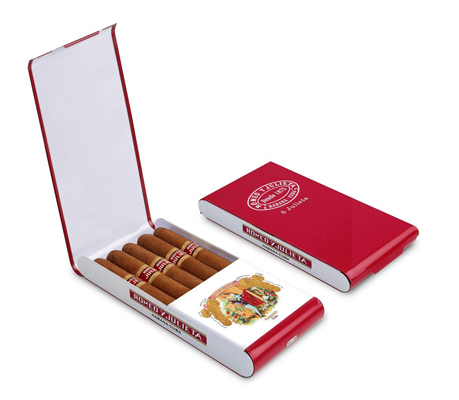 Tonight the Habanos Festival will be officially inaugurated with a one-off concert from Chucho Valdés, one of this year’s Grammy winners, alongside his guests: Brazilian Ivan Lins, who also won a Grammy Latino at the last awards, and Portuguese singer Mariza.

The concert will be held tonight at the Gran Teatro de La Habana, followed by a cocktail evening. 1000 privileged lovers of Habanos will attend, from over 70 countries worldwide. Among the arts, culture and business celebrities will be Oscar-winning producer Stephen Evans and golfer Miguel Ángel Jiménez, winner of the Ryder Cup and the European Golf Circuit, who just 10 days ago won the Dubai Desert Classic.

In 2009, the Habanos group (Corporación Habanos, S.A. and Habanos Exclusive Distributors around the globe) registered a turnover of approximately $360 million.
Their market share grew to 71% in terms of units sold, maintaining an 80% market value share worldwide, confirming its position as world leader.

As for the turnover, 8% down on 2008, the company’s commercial vice-president Manuel García has pointed out that in spite of difficulties in world markets “the second half of 2009, with a recovery in sales of Habanos in several major markets such as France, Germany and the UK, and a good performance in some emerging markets for Habanos including Russia, Brazil and China, makes us optimistic that we can return to growth in 2010.” García stated that “the launches for 2010: Cohiba Behike, Habanos’s most exclusive line; Wide Churchills from Romeo y Julieta; Julieta, a habano conceived especially for ladies, and the 2010 Limited editions will help us shake up the market with highly exclusive products”.

García added that “in spite of increasingly harsh anti-tobacco legislation, Habanos continues to establish around the world, with 146 La Casa del Habano stores, Habanos s.a.’s own franchise – two more than in 2008. The new Cohiba Atmosphere franchise is now up to six stores, which recreate the exclusive Cohiba atmosphere in major cities such as Prague, Beijing, Hong Kong, Buenos Aires, Cancun and Tokyo”.

Habanos S.A. has also presented its 2010 Limited Editions, as follows:

There will also be Special Series and Regional Editions for each area, to be announced as they become available.

Habanos s.a., world leader in the premium cigar market, sells Habanos in both Cuba and the rest of the world. To this end it has an exclusive distribution network, with presence in more than 150 countries across the five continents. Habanos s.a. currently distributes a range of products under 27 brand names, including Cohiba, Montecristo, Romeo y Julieta, Partagás, Hoyo de Monterrey, H. Upmann, Punch, San Cristóbal de la Habana, Trinidad and Bolívar.

Habanos World Challenge App (iOS)
Habanos, S.A. announces the dates of the 19th Habanos Festival to be held in 2017
New hologram in the Cohiba Behike band
Art, glamour and more than one million dollars for the Cuban Public Health system in the closing of ...
Cuba has its Representative in the 10th Habanosommelier International Contest
Cohiba BHK 52: Best cigar of the year by Cigar Aficionado top 25´s
1492