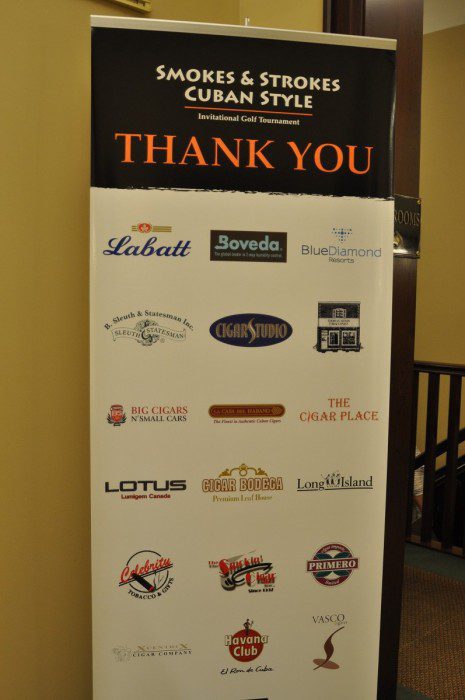 Approximately 200 people joined us for the dinner, the silent auction and Cuban entertainment. The diners were also enjoying the company of His Excellency Mr. Julio Garmendía Peña, the Cuban ambassador to Canada and members of the embassy staff. 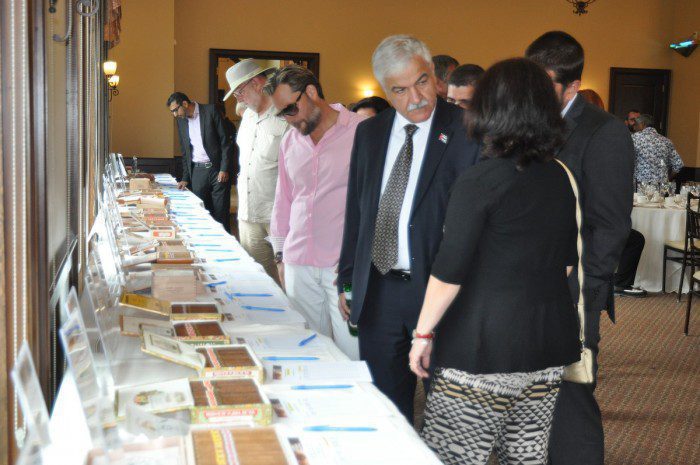 The silent auction featured many desirable and rare cigars for the participants to bid on. When looking back on their great day of golf, great food, drinks, entertainment and friendship, the attendees can reflect on the great selection of they were offered throughout the day. We featured the Partagás Series. Specifically the parta-seried4, Partagas-Serie-D-No-6, Serie E No. 2 and parta-seriepno2. Participants were also presented with both the Montecristo Churchills and the Romeo y Julieta Piramides Añejados, the Le Hoyo de San Juan of Hoyo de Monterrey, Vegueros Entretiempos, and the newest of the Canadian Regional Editions La Flor de Cano Siboney. 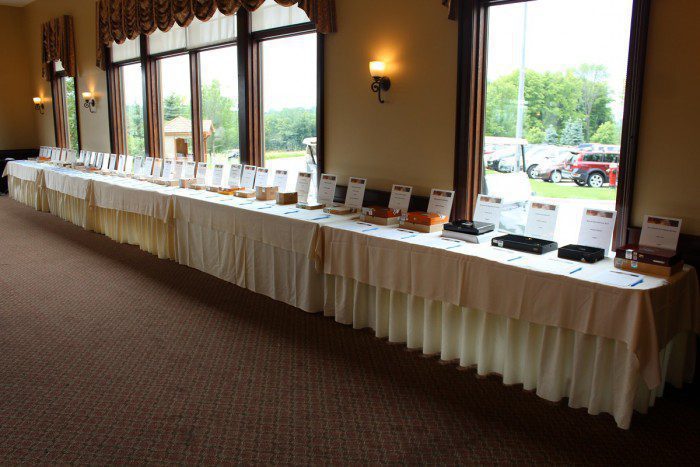 It was a day to celebrate the passion for Cuban cigars and Cuban culture. It would not have been possible without the participation of the attendees and the generous support of our great sponsors.

Havana House would like to thank all that made the day such a success.

The official Denominación de Origen Protegida (D.O.P.), or Protected Denomination of Origin used only to describe the most outstanding brands of cigars, which are manufactured in Cuba to the most exacting standards established by the Regulatory Council, from tobaccos grown only in particular areas of the island that are also protected as Denominations of Origin. In English the word translates as Havanas, which are widely considered to be the best cigars in the world.
AñejadosHoyo de MonterreyLa Flor de CanoMontecristoPartagásRomeo y JulietaVegueros