In Curaçao, during November 22nd and 23rd 2019 Caribbean Habanos Days was held for the second year. The participants had once again, the opportunity to be deligthed by the best Puro Premium in the world: El , in addition to the Cuban Rum and Coffee. 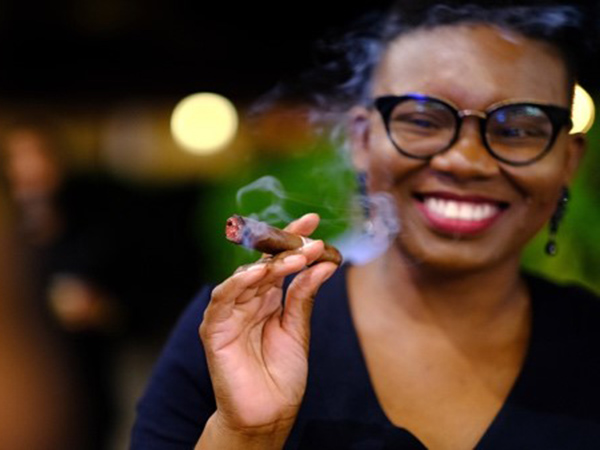 We were honored to receive people from all over, 18 different countries:

A two-day event program was held in the spaces of Santa Bárbara Beach and Golf Resort; some activities related to the Knowledge and Culture of Habano, other recreational activities, live music, pairings and tastings … all strategically organized and designed for everyone enjoyment.

The first day, began with Zoe Nocedo Primo’s Conference: Tobacco Reading: Cultural Heritage of the Cuban Nation; followed by with Rum, Coffee and Chocolate Pairing, then Blind Tasting Competition: The winning group after a while having studied and tasted the Habano, discovered the selected vitola. 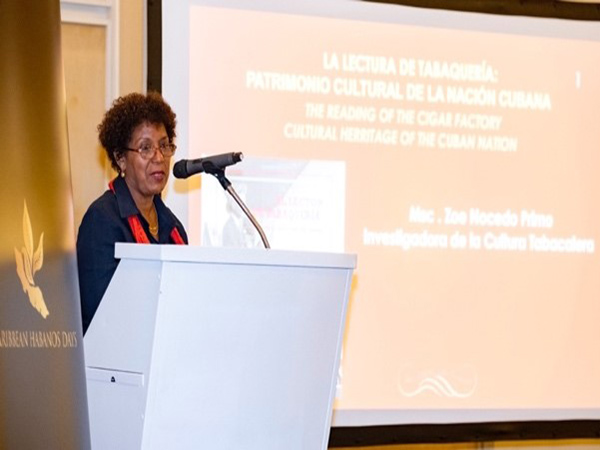 Late afternoon, some participants took part in the Curaçao Tour, in an atmosphere of fun and always surrounded by Buenos Humos! 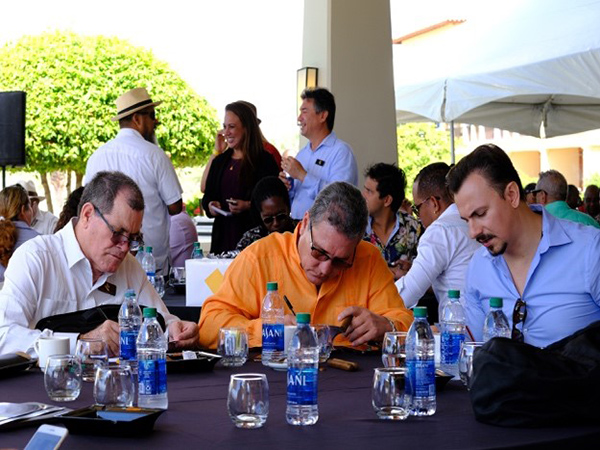 The Welcome Night was dedicated to Hoyo de Monterrey- Petit Robusto (50×102), the Official Opening was in charge of Co-Presidente de Habanos, S.A. Inocente Nuñez who, in addition to welcoming, offered his most pleasing recognition to the creation of the Caribbean Habanos Days Club, offering warm words of to its members and founders.

Cuban music was the protagonist and throughout the night the presentation of outstanding musical figures paraded the stage, giving the best of them… Yuyo Herrera was the starter, then Igort Rivas & su Tumbao, encouraged the dance to then introduce to Maestro Waldo Mendoza and his Orchestra accompanied by the Cuban Television Ballet.

Without a doubt, it was an evening of fun and friendship!

During the second day, José Ernesto Aguilera was in charge of starting the activities with the Humidors Exhibition, produced by Humidores Habana that would later be auctioned at La Gran Noche.

The Habanos Game kicked off the afternoon, the perfect recreational space where groups of competitors debated their knowledge of the history and culture of Habano, while the longest Ash Competition was one of the most expected activities as always… 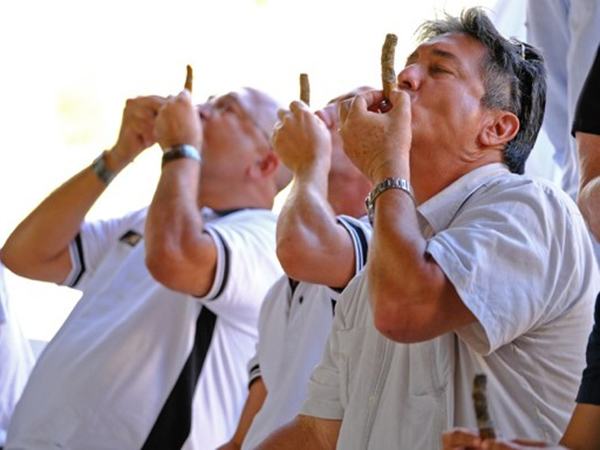 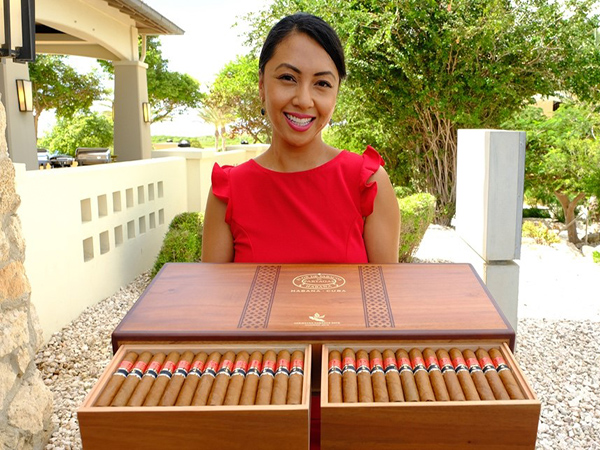 Completed The Humidor Auction began the big celebration, the musical performances once again with the participation of Yuyo Herrera, Waldo Mendoza and his Orchestra to culminate with La Gran Haila Mompié y su Banda, who put everyone to dance and enjoy with the collaboration of the Cuban Television Ballet.

A very special and imminently unique closing with the launch of the Caribbean Habanos Days song performed by Haila Mompié and Waldo Mendoza. 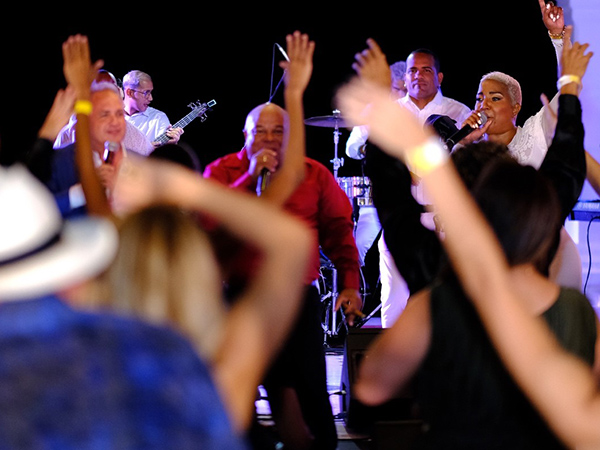 Close to finished this Second Edition of Caribbean Habanos Days, The Great Night, paid tribute to Romeo and Julieta Churchills (47×178) aged for ten years, giving the best to guests and participants. The night included a closing dinner and the Humidor Auction with Gary Heathcott, every art pieces was created by Humidores Habana; three luxury pieces, handmade Humidor of some of the most prestigious brands: Tronco Romeo & Julieta, Espiga de Montecristo and Prensa Hoyo de Monterrey. 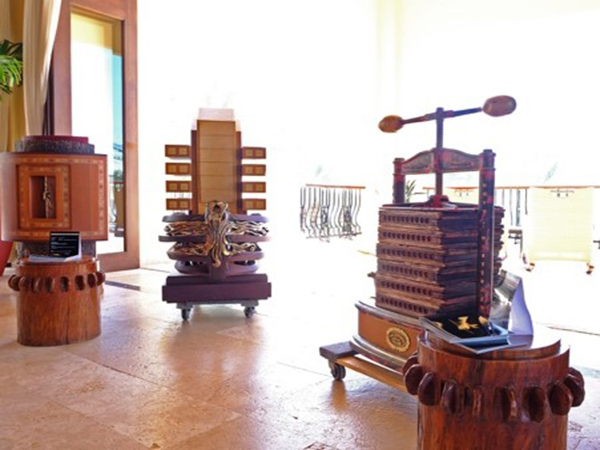 Caribbean Cigar Corporation N.V, Exclusive Distributor of Habanos, S.A. for the Caribbean and part of Central America, will back to surprise this November 2020, to the III Edition of Caribbean Habanos Days, where as a tradition we will taste exquisite vitolas of the best Puro Premium del Mundo, we will enjoy the great variety of Cuban products, including rum, coffee and Cuban culture.

For more information, we invite you to visit our web page: www.caribbeanhabanosdays.com and follow & like us on:

We wait for you!

The official Denominación de Origen Protegida (D.O.P.), or Protected Denomination of Origin used only to describe the most outstanding brands of cigars, which are manufactured in Cuba to the most exacting standards established by the Regulatory Council, from tobaccos grown only in particular areas of the island that are also protected as Denominations of Origin. In English the word translates as Havanas, which are widely considered to be the best cigars in the world.
CARIBBEAN CIGARS CORPORATION N.V.DistribuidoresEventosHabanos Day