Last June,  the historic Vienna Ballhaus in the heart of Vienna was the venue for a new cigar event under the banner “Grand Cigar Edition 2018”. The organisers and hosts were the event specialists from the Art of Life, Günter Liska and Diana Millet, who also run the Art and Business Circle cigar club in Vienna.

The idea for the event arose during a discussion about the introduction of an absolute ban on smoking in Austria. Thus, the event was originally planned as a “last smoke”.  Fortunately, things turned out differently after the elections in Austria and the formation of a coalition between the Austrian People’s Party (ÖVP) and the Austrian Freedom Party (FPÖ), and smoking remains permitted in restaurants in partitioned adjoining rooms. However, the planning of the event was already well underway by then, so the organisers decided to go ahead with this luxurious black tie big smoke. 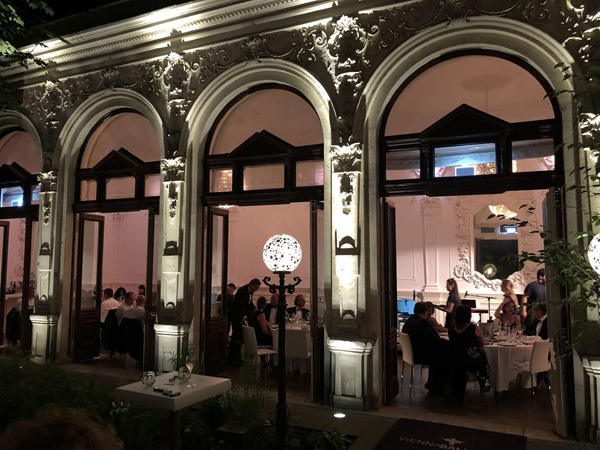 Around  100 aficionados wearing tuxedos and evening gowns, tobacconists and press representatives from Austria took up the invitation to the listed Vienna Ballhaus, which formed the magnificent backdrop for this event. Among them was the Cuban Ambassador to Austria, His Excellency Mr. Juan Antonio Fernández Palacios. 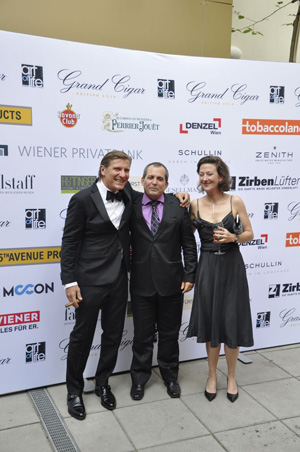 The exclusive partner for the finest cigars was the official Distributor  for Germany, Austria and Poland – 5THAvenue – with an exquisite offer of Trinidad Vígia , the new Quai d’Orsay No.54 and the Montecristo Dantés from the 2016, which were enthusiastically received by the participants. Guests also enjoyed oysters, fresh strawberries, Perrier-Jouët champagne and Havana Club rum and cocktails. The Swiss luxury watch retailer Zenith, an exclusive cooperation partner ofwas also there. 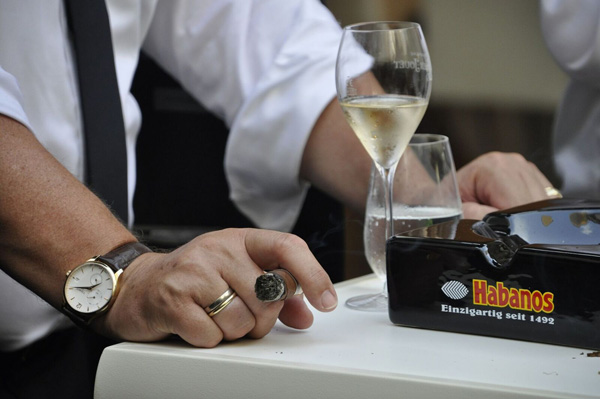 However, the focus was not just on shared enjoyment, but also on improving living conditions for children in Cuba. To this end a raffle was held in aid of the children’s charity Camaquito and its deputy chairwoman in Austria, Katja Gnann, presented the organisation’s concerns. 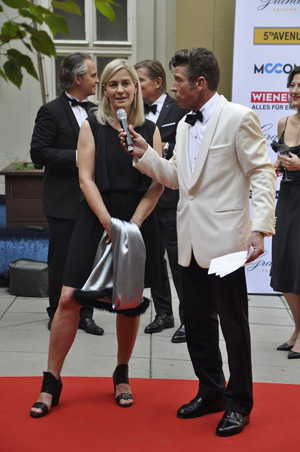 The witty compere was legendary entertainer and singer Mat Schuh and the enjoyable evening did not end until well after midnight.

The excellent response to the “Grand Cigar” premiere makes a follow-up event next year highly likely.

The official Denominación de Origen Protegida (D.O.P.), or Protected Denomination of Origin used only to describe the most outstanding brands of cigars, which are manufactured in Cuba to the most exacting standards established by the Regulatory Council, from tobaccos grown only in particular areas of the island that are also protected as Denominations of Origin. In English the word translates as Havanas, which are widely considered to be the best cigars in the world.
Limited Edition. Special productions of Habanos made annually using fillers, binders and wrappers aged at least 2 years before the cigars are made. The wrappers come from the top leaves of the shade-grown (tapado) tobacco plant, which are darker in colour. Boxes can be identified by an extra black and gold seal indicating that they contain Limited Edition Habanos and the year in which they were released. Each Habano is dressed with an extra band giving the same information.
The Havana-based company, jointly owned by the Cuban industry and the British Imperial Tobacco Group, which markets all 27 Habanos brands worldwide.
5th AvenueEdición Limitada 2016Montecristo DantésQuai d'Orsay No.54Trinidad Vigía