Habanos, S.A. grabbed countless recognition at the Inter-tabac. The fair which was held September 20th to 22nd, 2019 in Dortmund, Germany, considered the most important tobacco fair in Europe.

Several distributors and subdistributors from all around the world attended the fair on this occasion. 5th Avenue Products Trading G.M.B.H, Habanos’ Exclusive Distributor for Germany, its President Mr. Heinrich Villiger gave the 2019 award to the Best Habanos Specialist of the Year in their territory, to Mr. Peter Stephani, from Stephani Tabak & Cigarren., shop. 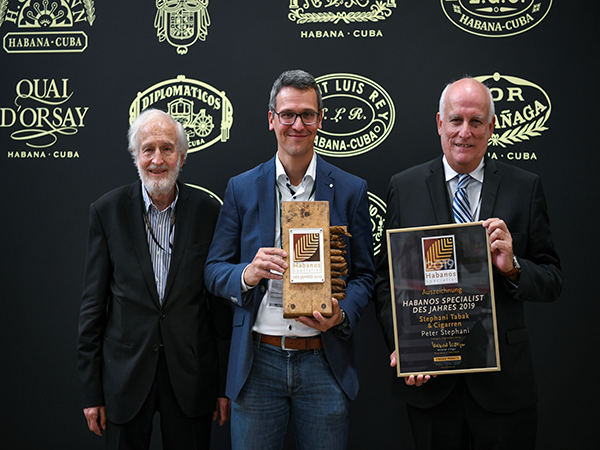 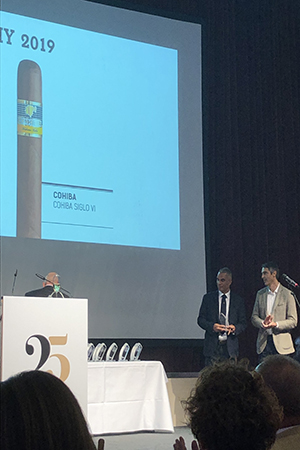 Intertabac 2019, a fair that has been confirmed once again as a global reference for tobacco and its related products, was the most important meeting place in the tobacco´s world which a participation of more than 400 exhibitors from around 60 countries and in the same Cuban tobacco once again marked its highest quality.

The Havana-based company, jointly owned by the Cuban industry and the British Imperial Tobacco Group, which markets all 27 Habanos brands worldwide.
A word with many meanings. In Cuba it refers to the size and shape of a cigar (vitola de galera factory name, vitola de salida market name) and also to a particular size of cigar in an individual packing. In Spain it means a cigar band or ring (vitolfilia cigar band collecting). To some it has an almost spiritual meaning encapsulating every aspect of their cigar of choice.
CohibaCohiba Siglo VIEventosHabanos EspecialistasInter-TabacPremiosReconocimiento