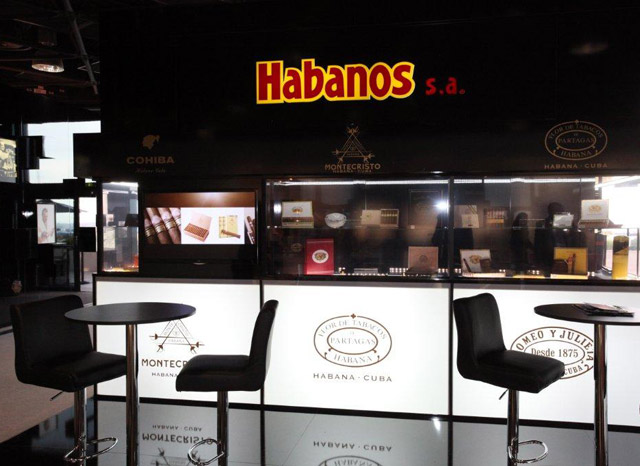 will be present once again at the 30th Edition of the Tax Free World Association Exhibition to be held from the 3rd to 7th of October, at Palais Des Festival in Cannes, France.

This year, Habanos, S.A. introduces the Cohiba Selección 50 Aniversario Travel Humidor, presented in an elegant and new travel retail case: an exclusive product of just 10.000 humidors that will surely become a valuable and special gift appreciated by enthusiasts. This Cohiba Selección 50 Aniversario Travel Humidor will be available in Duty Free and Travel Retail shops around the world.

This travel humidor contains a selection of 8 Habanos with the iconic vitolas of the Cohiba brand in his four series: Pirámides Extra (Línea Clásica), Siglo VI (Línea 1492), Genios (Línea Maduro 5) and Behike 56 (Línea Behike). These 8 Habanos have been made “ con ” -totally handmade with long filler, in * in the region of *, Cuba.

At the Habanos, S.A. stand the visitors will find also a selection of its flagship products for 2016, among them H. Upmann Magnum 54 includes a new vitola for Línea Magnum, which also features the heaviest ring gauge offered by the brand. Epicure No.2 of Hoyo de Monterrey Reserva Cosecha 2012 which is a symbol of the brand and one of the most popular Habanos vitolas worldwide. 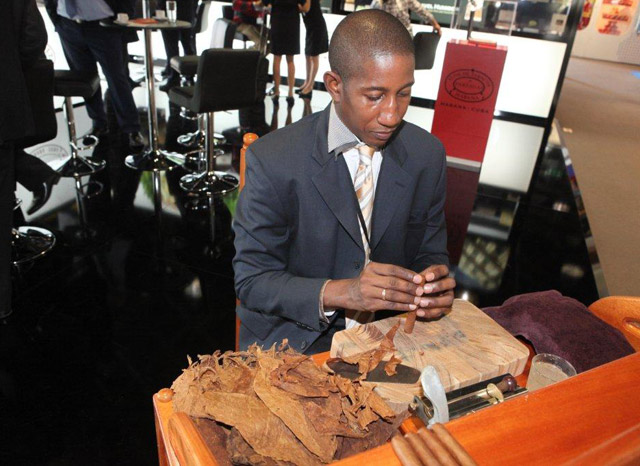 Cohiba, the most emblematic brand which celebrates its 50th anniversary is presented with three vitolas:

Medio Siglo, a vitola in line with current trends, which offers the flavour and complexity of Cohiba in a smaller format.

Cohiba Majestuosos 1966, a format with unprecedented in the range of sizes of Habanos with its full flavour blend.

Cohiba Grandiosos is the first in the Habanos portfolio with a 60 ring gauge and it is a serie of just 50 humidors with 50 Habanos each, all individually numbered. The humidors have been made by the well-known french firm Elie Bleu.

The 2016 Ediciones Limitadas– limited editions, made up by Montecristo Dantés Romeo y Julieta Capuletos and Trinidad Topes, will be also at the Habanos booth at Cannes.

The Gala Dinner organized by Habanos, S.A. every year will be dedicated to Cohiba in its 50th.

Visitors to the Tax Free World Exhibition 2016 (TFWE) can find Habanos, S.A. and its Exclusive Distributors around the world at Stand No. 23, located in the Bay Village Pavilion. 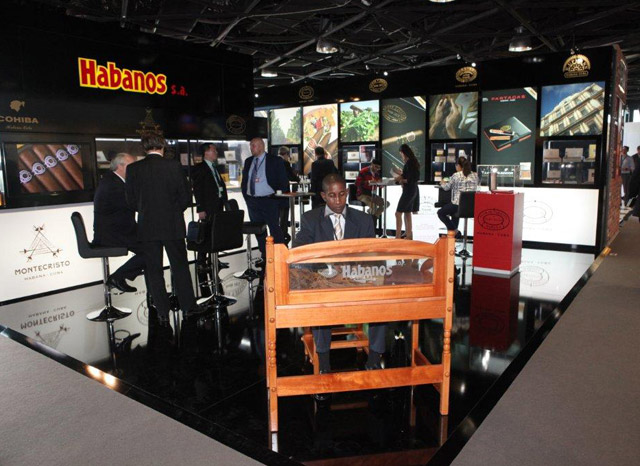 The Havana-based company, jointly owned by the Cuban industry and the British Imperial Tobacco Group, which markets all 27 Habanos brands worldwide.
The official Denominación de Origen Protegida (D.O.P.), or Protected Denomination of Origin used only to describe the most outstanding brands of cigars, which are manufactured in Cuba to the most exacting standards established by the Regulatory Council, from tobaccos grown only in particular areas of the island that are also protected as Denominations of Origin. In English the word translates as Havanas, which are widely considered to be the best cigars in the world.
Totally by hand. A description created in Havana to differentiate between Cuban methods of making cigars by hand from the semi-mechanised metods used elsewhere that can legally be described as "Hecho a Mano" or "Hand Made".
Long filler. Filler that is made from full-length tobacco leaves.
The finest tobacco-growing land in the world, Vuelta Abajo is the main source of tobacco for Habanos, and the only zone that grows all types of leaf: wrappers, fillers and binders. A Protected Denomination of Origin.
The name of the region that embraces all of the important growing zones in the west of Cuba, and the name of the provincial capital. A Protected Denomination of Origin.
CohibaFeriasH.UpmannHoyo de Monterrey