The event took place in Limassol – Cyprus, with more than 170 guests at the elegant atmosphere of Columbia Steak House, in the presence of His Excellency the Ambassador of Cuba in Cyprus, the Co-President of Habanos, S.A., Mr. Luis Sánchez Harguindey Pardo de Vera, the Members of the Board of Phoenicia Cyprus, other high-government officials and a crowd of Cypriot   aficionados.

The venue was dressed in the spirit and colors of the brand and guests enjoyed a welcoming cocktail at 7Seas, accompanied by Cuban live-band music. A five-course gourmet dinner then followed, with the aroma of Saint Luis Rey Herfing and sounds of a live Jazz-band, in the songs and soul of the late Frank Sinatra who adored Saint Luis Rey cigars. 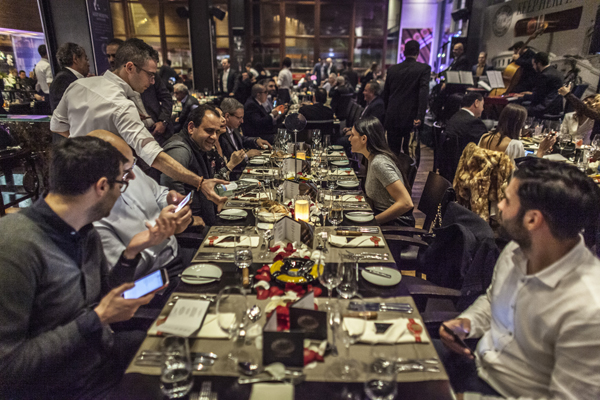 For the launching, videos were made as well as a hologram display was used to launch a cigar, surprising the attendees.

Two cigar boxes were auctioned during the event, a 1999 Saint Luis Rey Lonsdales and the first Saint Luis Rey Herfing (Box No. 001), of which proceedings were donated to the Makario Children’s Hospital.

Guests also received a complimentary arranged gift bag on their way home at the end of the night, along with two 20-year-old vintage Saint Luis Rey cigars.

The event slogan, “Keep Herfing”, was ingrained in the minds of guests who gathered together to enjoy an exceptional cigar.

The Havana-based company, jointly owned by the Cuban industry and the British Imperial Tobacco Group, which markets all 27 Habanos brands worldwide.
The official Denominación de Origen Protegida (D.O.P.), or Protected Denomination of Origin used only to describe the most outstanding brands of cigars, which are manufactured in Cuba to the most exacting standards established by the Regulatory Council, from tobaccos grown only in particular areas of the island that are also protected as Denominations of Origin. In English the word translates as Havanas, which are widely considered to be the best cigars in the world.
LanzamientosPhoenicia TAA CyprusSaint Luis Rey