The launch of the first Regional Edition for the Southern Cone (Chile, Argentina and Uruguay) was carried out on November 23rd, 2016 in La Casa del Habano de Santiago-Chile. Its name: Patagón, from the  brand Ramón Allones (founded in 1837 in La Habana). 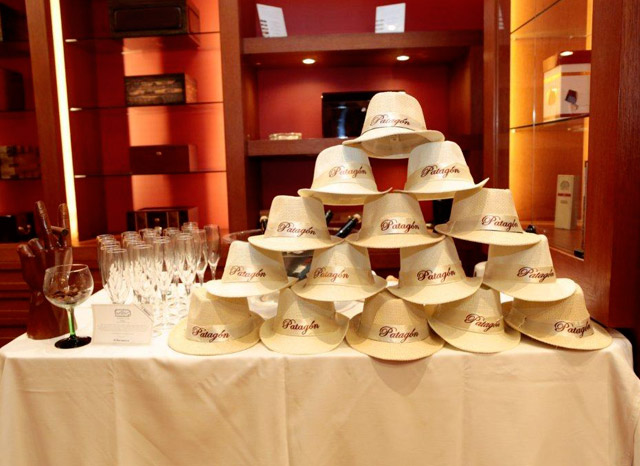 The Regional Editions are a real tribute to the consumers of every region of the world to whom  wants to honor with a cigar that satisfies its demanding palate. For that, there was a common work between Habanos S.A., Puro Tabaco S.A. (Distributor for the Southern Cone) and Commercial Cigar Chile Ltda. (Sub-distributor for Chile). 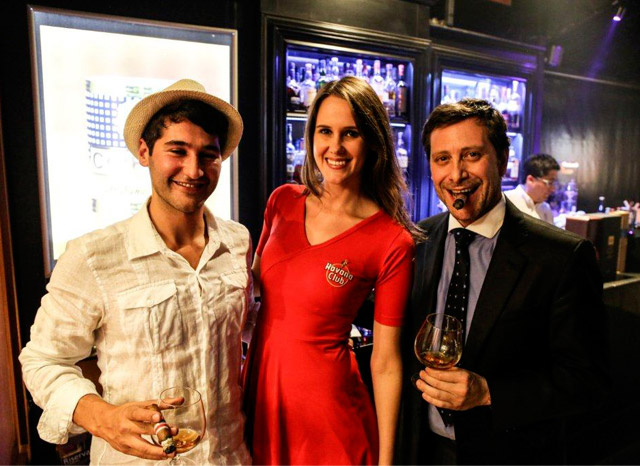 In this way, all the proper parts joined to provide all the necessary information in relation to the tendencies, likes and preferences of the local consumers. Then the proper tobacco format is defined to satisfy the tastes of the local market. So, after several years of analysis and coordinated work between all the parts, including visits to the factory in Cuba, many interviews with managers of the Cuban tobacco industry and numerous test of flavour, aroma, draw and burning (carried out in Cuba, Chile and Argentina), finally the great moment to present the expected Cigar has come, which has been named Patagón, as a tribute to the natives who inhabited the Patagonia at both sides of the Andes mountains. 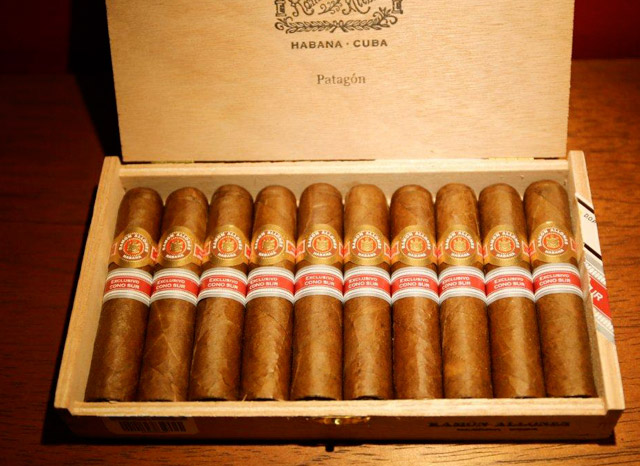 This special cigar of the brand Ramón Allones is presented in a versatile format with a 52 ring gauge x 110mm long (Petit Edmundo) one of the most demanding formats in the world nowadays and it comes in a wooden box (with a clasp) of 10 units. 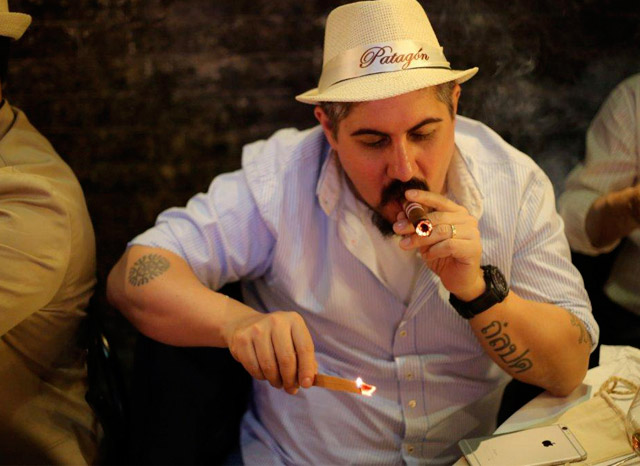 The well-known Cuban , Fernando Fernández, attended to the launch. He guided the tasting and pairing with the Cuban rums Selección de Maestros and Unión, both from the prestigious brand of Havana Club. The Master Fernández pleased the participants with a masterful chat about Rum and Cigar pairing, where the Patagón and the Cuban rums achieved a sublime harmony jointly with the rethoric poetry of the master. From Cuba also attended the Cuban professional sommelier Joel Chacón who presented a nice session of cigar cutting and lighting, the way they do it at the Habano-Sommelier International contest, where both, Fernando Fernández and the Chilean José Miguel Salvador (founder of La Casa del Habano of Santiago) are permanent juries. In summary, a unique experience to welcome a real masterpiece…long live the Patagón! 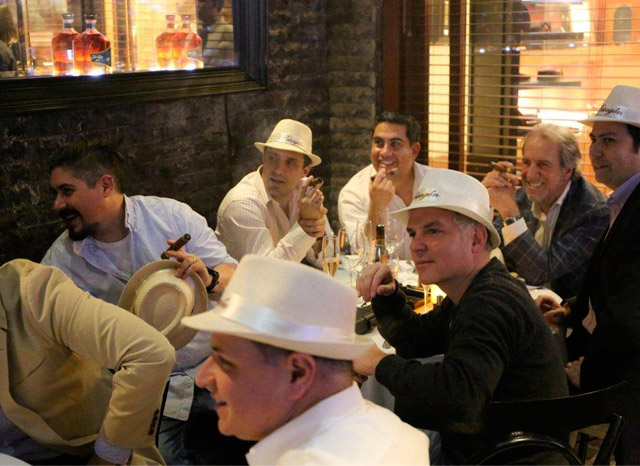 The official Denominación de Origen Protegida (D.O.P.), or Protected Denomination of Origin used only to describe the most outstanding brands of cigars, which are manufactured in Cuba to the most exacting standards established by the Regulatory Council, from tobaccos grown only in particular areas of the island that are also protected as Denominations of Origin. In English the word translates as Havanas, which are widely considered to be the best cigars in the world.
The Havana-based company, jointly owned by the Cuban industry and the British Imperial Tobacco Group, which markets all 27 Habanos brands worldwide.
The waiter in a bar or restaurant skilled in the art of selecting and serving Habanos as well as recommending matches with drinks or other products like coffee, tea or even chocolate. A contest to find the world's best Habanosommelier is staged as part of the Festival del Habano each year.
habanosommelierLa Casa del HabanoMaridajeRamón AllonesRon Havana Club