The Montecristo Línea 1935 was launched in Chile on May 10th in an event full of surprises and great guests. The Prestigious Restaurant Cumarú was the selected venue to launch the Premium Línea of Montecristo, which for the first time presents 3 vitolas in the territory of full-body flavor, two of them with inedit . Dumas: ring gauge 49 x 130mm (Prominente Corto); Maltés: ring gauge 53 x 153mm (Sobresalientes) and Legend: ring gauge 55 x 165mm (Maravillas No2, same vitola as Montecristo 80 Aniversario). 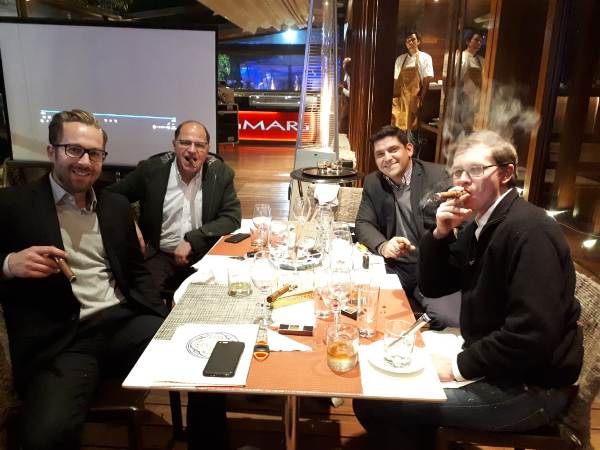 To kick off the event, the guests enjoyed the classic Montecristo No4, one of the best-selling vitola in history, accompanied by a selection of cocktails prepared by Macarena Tugas, ambassador of Jack Daniel’s. The exquisite menu of Cumarú included its star dish, a roasted short rib cooked for 24 hours in a reduction of Carmenere red wine, which was beautifully accompanied by one of the greatest Chilean wines: Seña 2015, of Viña Errázuriz, winner of 100 points from James Suckling and considered the perfect wine. A wonderful scenario to give a triumphant entrance to the celebrated cigar: Montecristo 1935 Leyenda: a great vitola with a 55 ring x 165mm, which amazed everybody due to its intense flavor and elegant aroma. 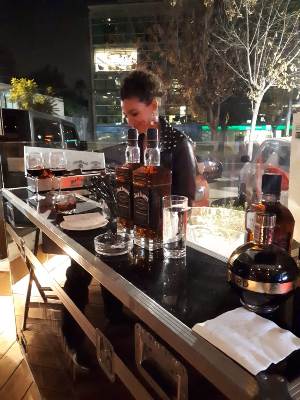 The spirit designated to accompany this marvelous cigar was Jack Daniel’s Sinatra, nothing better to commemorate the meeting of two great celebrities.

A word with many meanings. In Cuba it refers to the size and shape of a cigar (vitola de galera factory name, vitola de salida market name) and also to a particular size of cigar in an individual packing. In Spain it means a cigar band or ring (vitolfilia cigar band collecting). To some it has an almost spiritual meaning encapsulating every aspect of their cigar of choice.
Montecristo Línea 1935