once again grabbed countless recognition at the Inter-Tabac. The fair which was held September 16th to 20th, 2016 in Dortmund, Germany, considered the most important tobacco fair in Europe.

At the new Habanos, S.A. and Fifth Avenue Products stand, which was very much appreciated for its new spectacular design, visitors could see the new launchings of Habanos S.A. for 2016 such as H. Upmann Magnum 54 includes a new vitola for Línea Magnum, which also features the heaviest ring gauge offered by the brand. Epicure No.2 of Hoyo de Monterrey Reserva Cosecha 2012 which is a symbol of the brand and one of the most popular vitolas worldwide.

Cohiba, the most emblematic brand which celebrates its 50th anniversary was presented with three vitolas:

Medio Siglo, a vitola in line with current trends, which offers the flavour and complexity of Cohiba in a smaller format.

Cohiba Grandiosos 1966, a format with unprecedented in the range of sizes of Habanos with its full flavour blend.

Cohiba Grandiosos is the first in the Habanos portfolio with a 60 ring gauge and it is a serie of just 50 humidors with 50 Habanos each, all individually numbered. The humidors have been made by the well-known french firm Elie Bleu.

More than ten Exclusive Distributors from all around the world attended the fair on this occasion.

5th Avenue Products Trading G.M.B.H, Habanos‘ Exclusive Distributor for Germany, its President Mr. Heinrich Villiger gave the 2016 award to the Best Habanos Specialist of the Year in their territory, to Zigarrenwelt managed by Mr. Felix Sophn. 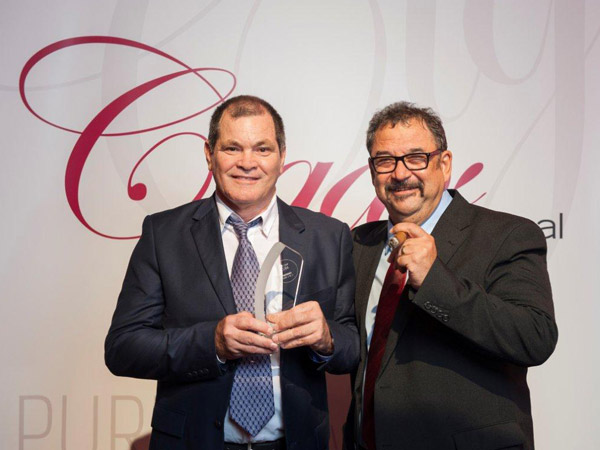 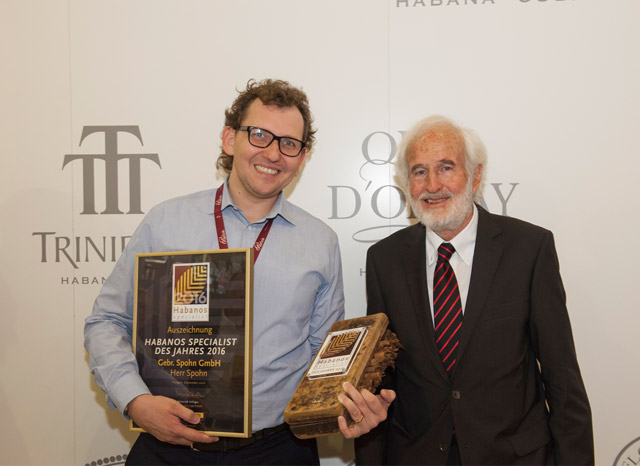 The Havana-based company, jointly owned by the Cuban industry and the British Imperial Tobacco Group, which markets all 27 Habanos brands worldwide.
The official Denominación de Origen Protegida (D.O.P.), or Protected Denomination of Origin used only to describe the most outstanding brands of cigars, which are manufactured in Cuba to the most exacting standards established by the Regulatory Council, from tobaccos grown only in particular areas of the island that are also protected as Denominations of Origin. In English the word translates as Havanas, which are widely considered to be the best cigars in the world.
CohibaFeriasHoyo de MonterreyPartagás